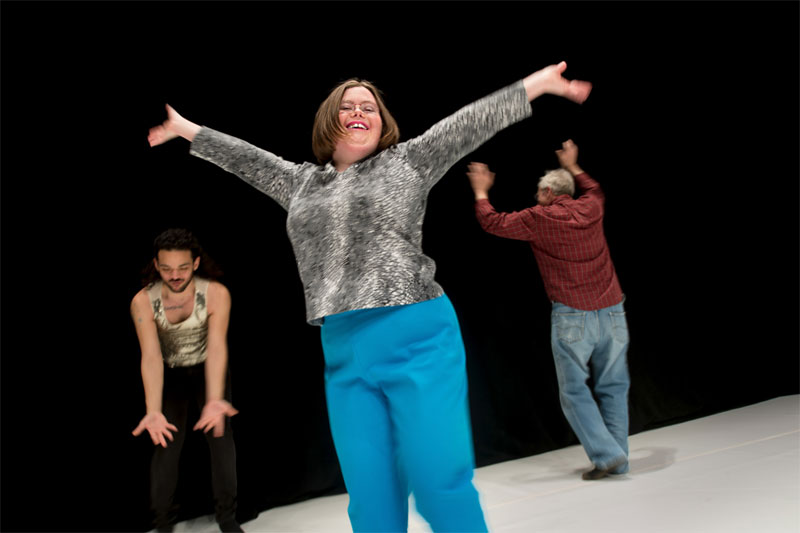 Erin McNulty is a 29-year-old graduate of the Temple University’s Academy for Adult Learning, an actress, dancer, and advocate for people with disabilities. She has been cast in a variety of roles including the Temple University produced play “A Fierce Kind of Love,” about the history of the disability rights movement in Pennsylvania. The First Person Arts Group cast her in a performance of “Conception,” a production about relationships between mothers and daughters. She has even appeared in a TV public service announcement seen throughout Pennsylvania promoting the Pennsylvania Able savings program for people with disabilities. Most recently, Erin appeared in a Fringe Arts two-night run of Jerome Bel’s exploration of dance called “Gala.” Erin also holds positions at both TJMaxx and Giant Food Stores.

Erin is an active participant in her community through sports and leisure activities. She is a Special Olympian in swimming, soccer, and floor hockey. Outside of Special Olympics, she bowls and plays baseball as well. Erin is a fan of college football and basketball and enjoys attending live games. One of Erin’s hobbies is to see live music, have sleepovers with her close-knit group of friends, and to watch movies. Her favorite movie is “Beauty and the Beast,” because she feels that it represents the true meaning of beauty.

Erin enjoyed her participation in the Bold Beauty Project and had her own beliefs affirmed throughout the process. For example, women don’t need makeup to be beautiful; being natural is beautiful. It reinforced her idea that our beauty comes from inside. Erin’s favorite part of Bold Beauty was a toss-up between seeing JJ her photographer again and the support she received from her co-dancers from “Gala.” Dating can be harder for people with disabilities because people may have preconceived ideas based on appearance as well as discomfort due to nerves.

“If people learn one thing from Erin’s photo, she would like it to be not to judge anyone and to treat everyone with respect.”