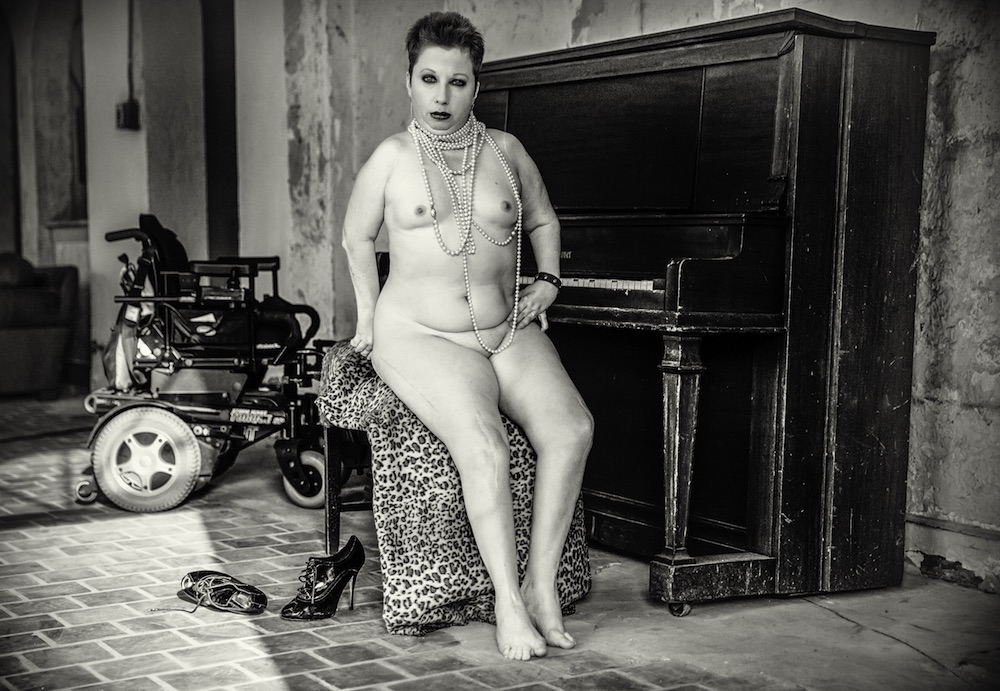 When I was 8 years old, rheumatoid arthritis hijacked my entire body, from my jaw down to my toes. Over the next five years, the arthritis roared like a freight train. I lived with severe pain every day. By high school, my shoulders, hips and knees were destroyed. The summer before I turned 16 – while my friends were getting their drivers’ licenses – I had both hips replaced. After numerous orthopedic surgeries, I was able to attend college – where I met my husband — then law school. So far, I’ve had a 26-year career first as an attorney, then as an ADA compliance professional and freelance writer.

I used to think acceptance was an all-or-nothing thing: you either accepted something completely or not at all. But it’s much more complex than that. Even after I thought I’d accepted my disability, I still felt pressured to pass as non-disabled. I forced myself to walk when I should have used a wheelchair. I tried to hide my scars. I was hesitant to let others know when I couldn’t physically do something. I felt ashamed simply for being different because different meant inferior.

Acquiring my disability identity has meant traveling down a long, winding road. I’m finally at a point in my life where I accept myself, scars and all. I no longer have a 20-year-old’s waistline, yet I feel more confident and secure than I ever imagined possible. With confidence comes inner peace and contentment. With confidence comes strength.

Strength and confidence are essential to beauty. The women I’ve envied for their beauty emit both. I remember the early days of MTV when Joan Jett appeared in both skimpy bikini and boxing gloves in her “Do You Wanna Touch Me” video. She’s both a smoking-hot rock chick and a force to be reckoned with. In her “Demolition Man” video, Grace Jones, with her angular face, wide shoulders and jagged movements, is masculine-strong yet undeniably female. She’s an androgynous sex bomb, later a Bond girl who rides atop 007.

For my Bold Beauty shoot, I wanted to be as bold as a rocker chick, a punk girl challenging the establishment. I wanted to take what others might see as weakness — my disability – and turn it back on itself. Instead of shielding myself like an insecure wallflower, I wanted to stare into the camera and dare the viewer to look at me. Do you think I should cover myself to hide my scars? Then I’ll pose — clad in nothing but jewelry and eyeliner — and challenge you to look at me. I’ll show you who’s not weak.