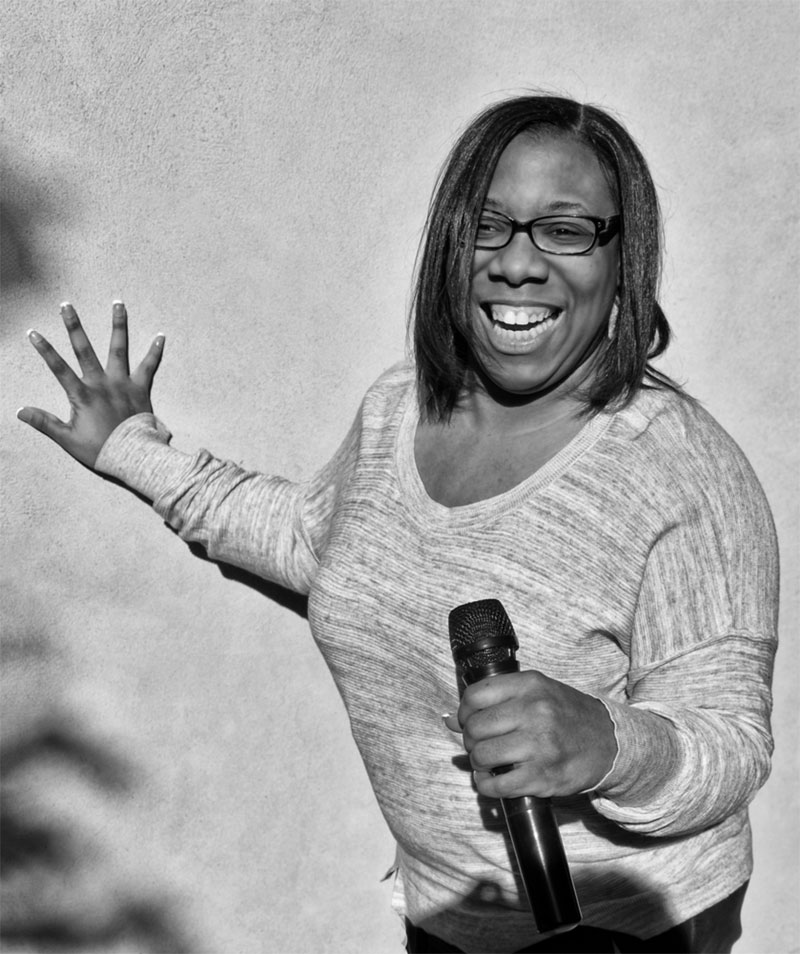 Euphoria. That’s what comes to mind for me when I think of beauty and right after I took my photo. That’s because I had reached a state of happiness with everything that was happening. For me, there’s no greater feeling. Growing up, there weren’t many times that I could say I felt content. I think everyone should be able to experience happiness. What does Euphoria have to do with beauty? What does any of that have to do with my life story? Everything! I was born and raised in Philadelphia. I weighed one pound and seven ounces as a premie, because of a form of Quadriplegic Infantile Cerebral Palsy known as Spastic Diplegia (CP).

From an early age, I came to understand two very important things about my life: it was different and I was different. For a long time, I felt like I didn’t want to be and still do sometimes. I was raised how many kids in the city are: in a single parent household, no biological father, but a great stepfather and some amazing grandparents, with not a lot of money, and there was nothing I could do about it. But that wasn’t all. I wasn’t like the other kids. There were many things I couldn’t do or be, and I had to accept that before anything else, even before I could find the solace that making music would ultimately come to give me.

I tired quickly and sometimes found myself out of breath before I finished walking with my uncle or my grandparents to school, especially if I was running late. School started at 8:30 am, and we first had to line up in the yard with our class. I couldn’t stand for long periods of time without exhaustion. I got yelled at for not doing things at the same time as the other students. Sometimes people acted like I wasn’t even there. I hated gym class because I’d have to try to do things my body wouldn’t allow.

When I started high school, I came to realize that I was too sensitive and that wasn’t always a good thing. I had a reputation among the other students for having a temper. If someone joked about something that I didn’t find funny, be it the glasses I wore or the fact that my voice was raspier than how most girls’ sounded , the only thing to do, other than cry, was to snap. I made some friends eventually because they got to know and understand me and I calmed down. Most of my friends were popular and I was well-known too, but not until I started getting into rap.

I wasn’t ready for college, so I decided to work at Children’s Hospital as an intern in the CareerPath program. I did try about a year, however. After about a year and a half, I got my current job at InspiriTec where I provide customer service for people who need to apply for Medicaid from Department of Human Services. This job suits me well because I fit in well with most of my colleagues who have disabilities too.

If I could say that there was one thing that I wanted you to take away from my story, it would be that happiness is a beautiful thing, and in finding mine, I saw the beauty that other people always told me I had and never seemed to see in myself.

“I believe everyone deserves to be happy and do whatever makes that happen for them.”