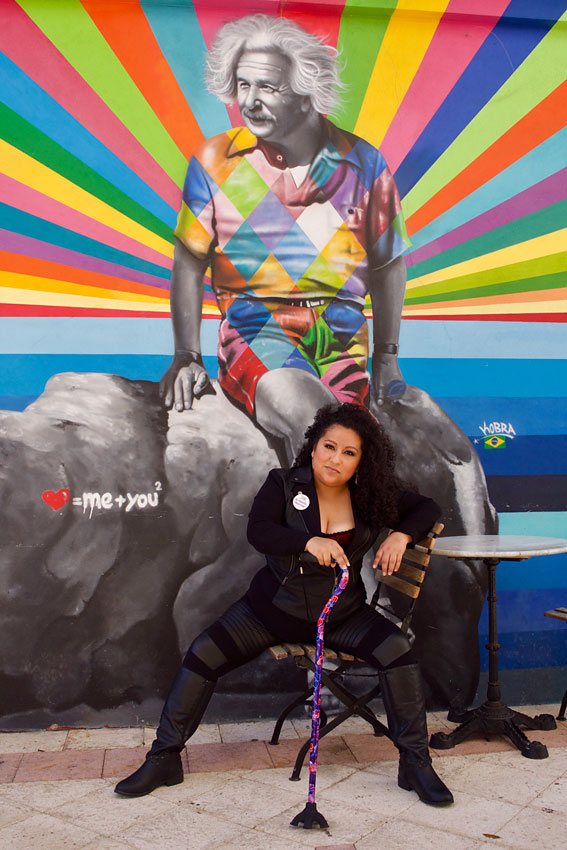 When she was a child, Michelle Aldas and her mother were told many times that she was just being lazy and making it up. The pain Michelle felt as a child and later as a college student was never acknowledged. Then a diagnosis of cancer came in 2011. As the years passed, Michelle’s health continued to decline and she became lost in the translation from being “normal” to being disabled. She lost all hope and will. Since her cancer diagnosis, her body continued to break down and in 2017, she threw in the towel. Michelle hit rock bottom emotionally, mentally and financially, leading her to lose courage and voice, letting the pain and disease take over.

In May 2018, you could say she declared her independence from all the negativity brought on from being sick and decided to take action. Michelle founded The Invisible Me Warriors-Chronic Illness Advocates of Palm Beach County, which lead her to become a strong advocate voice…a voice that had been muted when she got ill, a voice that had felt defeat and a voice that had hidden for seven years and had no idea how to come back to life. Now that voice is fighting for others, that voice is strong and a warrior! That voice is her own voice and no one or nothing will ever take it away again.

Michelle traveled for the first time in two years to Washington, DC to be a part of the Advocacy Summit benefiting the Arthritis Foundation and, even in a flare, made sure her voice was heard regarding Step Therapy. Michelle has learned to be proud of the struggle she has survived in so far as it has made her a courageous warrior. She thanks the people who saw past her disability and illness and pushed her to keep going as she is a warrior, woman, daughter, friend, lover, and advocate. Michelle has taken her new found strength to help others like her seek resources and become a strong voice to advocate for access to care. As part of her healing and physical rehabilitation process, she was able to reconnect to her deeply abiding passion, art. Now she is shaping a new career as a graphic designer and multimedia artist. Being part of the Bold Beauty Project was an empowering experience for her. With each photograph taken, her photographer, Michel Tessier, was able to bring out this warrior and badass which had been caged and hidden. The cane she uses was no longer something to be ashamed of but something to be proud of.