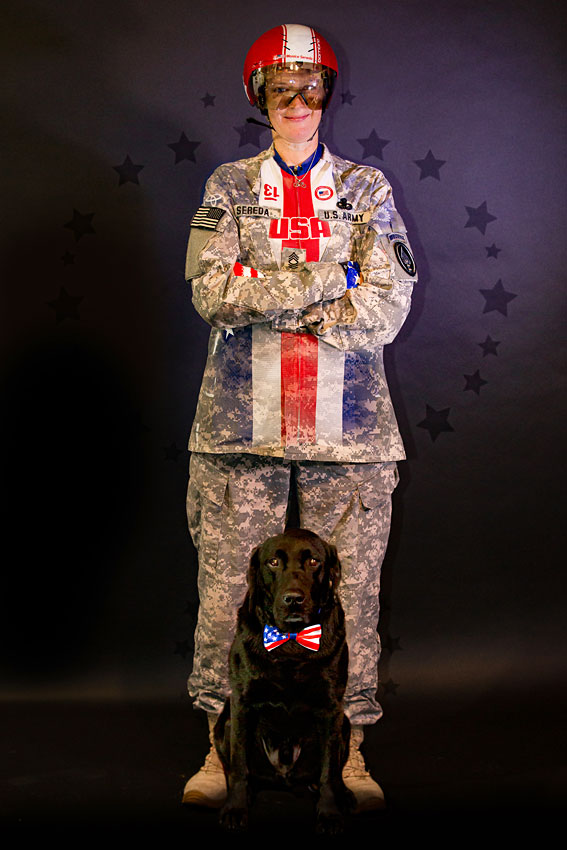 Monica Sereda, a highly decorated Master Sergeant, served in the US Army for 24 years, with three deployments and countless missions under her belt. She retired in 2011. A year later was involved in a horrific auto accident. As a result, she sustained neck and back fusions and a traumatic brain injury (TBI).
In 2014, Monica started recumbent cycling to heal both physically and mentally and was introduced to the trike in 2015. One year later, she was invited to her first Paracycling camp at the Olympic & Paralympic Training Center in Colorado Springs, CO.
In 2017, Monica started racing internationally and quickly rose to the top of the international rankings, following her first world championships. Since then, she has remained a member of the US National Paralympics Cycling team, competing on national and international levels. With her sights set on the 2020 Tokyo Paralympics in August, Monica is working hard to achieve her dream, with her best friend, Biscuit, by her side.
Monica is the daughter of Margot Sereda…has a sister, Chris, and brother, Eric. Her hobbies include playing with her service dog, Biscuit, relaxing on the beach, and DIY projects.