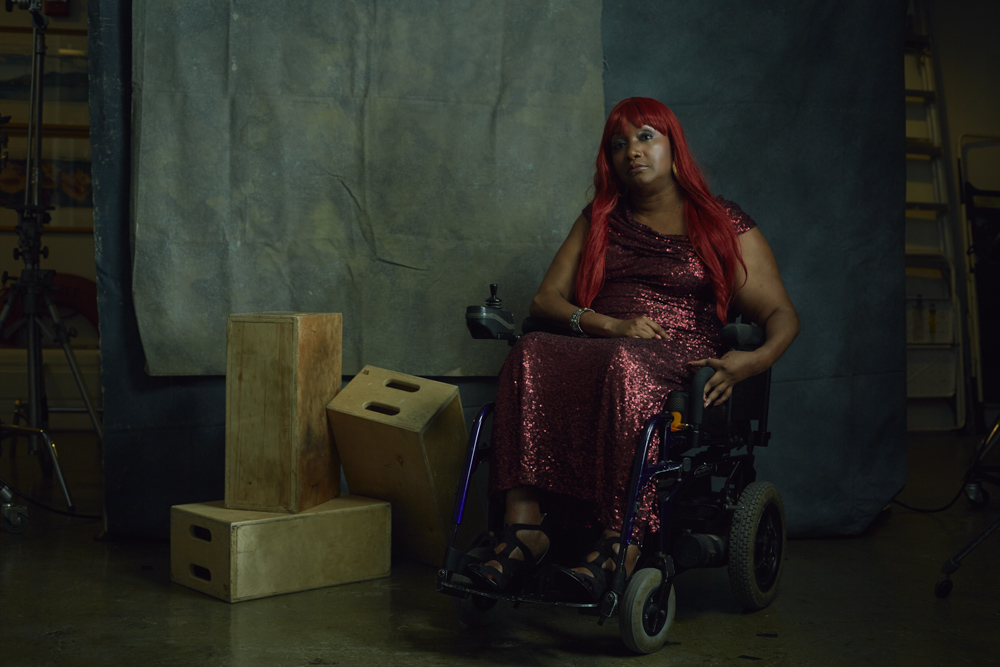 I was born in Holly Hill, South Carolina, on July 25, 1957. My family moved to Florida in 1967 for a better life. I continued to live with my grandparents until 1969, when I moved in with my mother and sisters. I found it different living with them because I had always lived with my grandparents, and it was a big adjustment for me.

My dreams and hopes were to be a “funny girl” or a comedian, but then I suffered a spinal cord injury. That’s when my life took a turn. I took that as an opportunity to be different from everybody else. At the same time, I did not let my injury change who I was. I’m still the same confident and sassy woman, and I don’t let sadness or depression overtake me.

In 1984, I gave birth to a beautiful baby girl, Yolanda, who was named after a woman I met while I was doing my rehabilitation at Jackson Memorial Hospital. I saw her and thought she was the most beautiful woman I had ever seen who was in a wheelchair. At the time, I didn’t understand why we did not speak the same language because I was so young, but I admired her confidence… I could feel her confidence even though I couldn’t talk with her.

My greatest supports in life, and especially after my injury, have been my mother and sisters. They are strong women because of me. I say that because they saw my struggle and didn’t let it get them down.