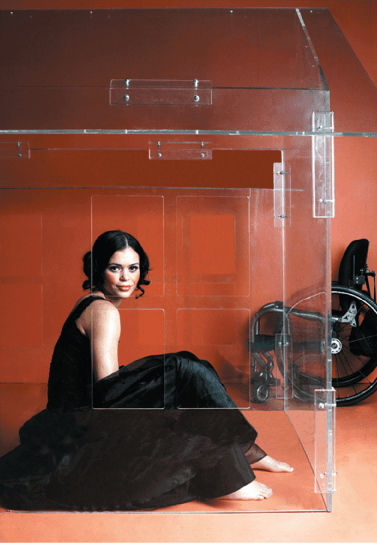 Tatiana was surprised at her reaction to her car accident in Brazil at age 16 when she was injured with a spinal cord injury. She thought she would have killed herself and that her life was over. Others around her she felt were thinking they’re coming to her wake and all she wanted to scream, “I’m here, alive.”

Two months after her accident, Tatiana decided to change her life by moving to the U.S. Start a new life, in a new city and getting to know herself with a disability. In Brazil, Tatiana felt like a bird in a cage. Here she is appreciative of the accessibility and meeting so many others with disabilities.

Tatiana has changed due to her disability. She used to be hard to deal with, self-centered and non-appreciative. But now she has transformed and is a different kind of person. Tatiana might have been shy before dating a person who didn’t look good physically, but now she doesn’t do that, looking at herself first.

“My spirit is elevated by going through certain tests. I learned a lot and I think I have changed a lot of people’s lives and that makes me feel good.”